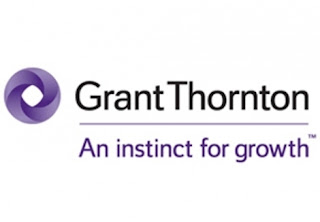 One of the world’s leading auditors has been accused of negligence and incompetence after $1bn was siphoned out of Moldova from under its nose – a sum equivalent to 15% of the former Soviet republic’s GDP.
Grant Thornton, the UK based accountancy giant with local franchises in dozens of countries, was the auditor for three of Moldova’s largest banks through which the money was embezzled and spirited out of the country in complex financial transactions, some through UK companies.
As a result, the authorities had to rescue the three banks with a bailout equivalent to half the annual budget. The knock-on effect was a currency collapse and a plunge towards recession, ruining the economy almost overnight. Moldova is already Europe’s poorest country.

The theft was discovered in November 2014 at Unibank, Banca de Economii and Banca Sociala , which the Moldovan member of Grant Thornton, a global network of independent firms, has been auditing since 2010, 2011 and 2013 respectively.

Iurie Chirinciuc, a Moldovan MP who was part of a commission set up to investigate the affair, believes Grant Thornton was negligent and obstructive.
“All the [audit] reports give positive opinions,” he said. “How can you give a positive opinion when the situation at these banks was so grave?” 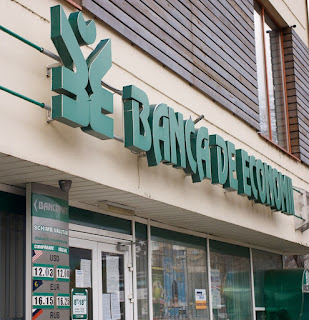 Grant Thornton said it drew the attention of the banks and relevant authorities to its concerns about the banks and that its audit reports contained alerts about loans. But Chirinciuc said it should not have given the banks a generally clean bill of health.
He claims repeated requests for the auditors to give testimony to the inquiry were “vehemently opposed”.
“I have made a formal request for analysis of Grant Thornton to the central bank,” Chirinciuc said. “In the commission, I was shocked to see that all state institutions were informed and updated as to the situation at the banks, but did not intervene. These circumstances make me think that very high-ranking dignitaries are involved in the theft of the billion.”
Chirinciuc was also aghast that after the fraud was discovered, Grant Thornton’s Moldova director, Stéphane Bridé, was appointed economy minister. Bridé told the Guardian his nomination “was made in conformity with the legislation of the Republic of Moldova, according to which my professional qualities and experience were exclusively considered”.
Multiple spurious loans were granted by Banca de Economii and Unibank on the basis of false guarantees to companies that then transferred the money offshore. Some went to British companies controlled by entities registered in places where directors’ identities are kept secret.Two preliminary reports – one by the parliamentary commission and the other by corporate investigation firm Kroll – suggest that fraud eventually became the main occupation of the banks.

The parliamentary report says: “The management of the banks have manifested evident lapses in professionalism and integrity … by giving credits that were compromised from the beginning” and made transactions of “fictional and fraudulent character”. The MPs concluded the banks had knowingly endangered their “capacity to make basic operations” such as paying out pensions and public sector salaries.
The banks consistently misrepresented cash balances by using unorthodox “overnight deposits” – zero-interest deposits from Russian banks Interprombank, Gazprombank, Alef Bank and Metrobank – to disguise the lack of capital while continuing to give out nonperforming loans. “In essence these operations were operations of manipulation,” the parliamentary report says. 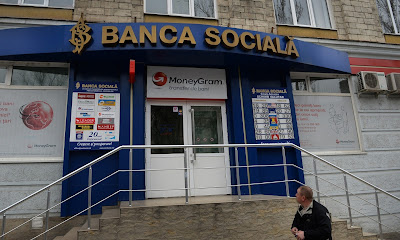 So contaminated have the banks become that the IMF and World Bank have suspended programmes with Moldova, and the EU is considering following suit. World Bank country manager Alex Kremer said last week: “We are advising the authorities that the three banks ... should be liquidated.” He said trying to nationalise or recapitalise the banks would risk wasting more taxpayers’ money.

Moldovan prosecutors have since launched an investigation that has so far put about 30 people under criminal indictment, including bank executives. Among these is Ilan Shor, chairman of the board at Banca de Economii since April 2014, allegedly the mastermind. Shor was released from house arrest on 23 May, having agreed to cooperate with investigators. The chief prosecutor has not returned a request for comment. Shor denies wrongdoing. Earlier this month, he was elected mayor of the small town of Orhei.
Kroll’s confidential report was published online in April by the speaker of the Moldovan parliament, Andrian Candu. It says a group of companies under Shor’s control gradually took over the banks and in 2010 started giving never-to-be-repaid loans to themselves. When watchdogs closed in, “orders were given by management of the banks to archive loan documentation relating to the suspicious transactions”. A vehicle belonging to another Shor company that collected the paperwork was subsequently stolen and burned.
Between 2011, when Shor’s companies were allegedly beginning to sink their teeth into the banks, and October 2014 when the scam went bust, Kroll found the number of Shor-related companies involved grew from 10 to 39. By December 2014, 90% of Unibank’s loans were to Shor group companies. Deposits recorded as being from Russian banks, which enabled Banca de Economii to make huge loans, were not received.
“Ilan Shor and individuals associated with him played an integral role in coordinating this activity,” Kroll says in its report, claiming there was “a deliberate intention to extract as much benefit as possible for entities connected to Mr Shor and to the detriment of the bank”. A Kroll representative said the report was leaked without consent and declined to comment further.
The “missing billion” contributed to a run on the Moldovan leu in which it lost a quarter of its value against the dollar in February.
Grant Thornton had no presence in Moldova before 2010, but its ascent has been startling. Seven of the country’s 14 biggest banks became its clients in the space of four years, making it by far the biggest player in the market. International competitors such as KPMG and Deloitte steadily lost Moldova to Grant Thornton, with neither having more than two major banks on their roster in the country by 2013.
Representatives of the Moldovan Grant Thornton franchise deny impropriety and say that that auditors cannot be held responsible if clients do not disclose full financial information.
“While we would like to detect all fraud, according to International Standards of Auditing, the auditors’ role is not to discover fraud, or to prosecute clients for fraud,” they said in a statement. “We stand by the quality of our work – which is public record - and believe the audit opinions were correct under the circumstances.”
A spokesman for the global office said Grant Thornton member firms acted autonomously and their work was only scrutinised by head office every three years. It did not respond to a question asking what it planned to do about its relationship with GT Moldova.
A Moldovan financial system insider who wishes to remain anonymous said: “It’s clear Grant Thornton was at least negligent if not worse. How could it not have known what was going on, especially at Unibank where the scam was almost total?”
In its response, GT Moldova said: “Various observations were mentioned annually in the letters we addressed to management and shareholders of these banks and to the National Banks of Moldova.
“We wish to remind you that in 2013, the inquiry commission for the assets of Banca de Economii was based not only on the audit of the court and reports of the International Monetary Fund but also mentions of Grant Thornton audit.”
The effect of the financial loss has been felt by ordinary Moldovans. Ion Preașcă, a finance journalist in ther capital Chișinău, said: “We have organised crime specialised in finance. As a consequence of the discovery of the theft, the banks stopped issuing loans for a while. There was a domino effect which hit the leu.”
Alexei, who owns a small construction business, said: “They will invent some new taxes to make up for the damage. I had an account at Banca Sociala and have stopped using it since. I opened two new accounts in banks with foreign ownership.”
Natasha, a bookkeeper, said: “The resulting price rises had bad effects. The electricity price nearly doubled from one month to the next. The bill was 300 lei [£10] and it’s now 500. Pensions and salaries haven’t increased.”
The criminal investigation is ongoing. Neither the Moldovan National Bank or government returned requests for information. An estimated 50,000 Moldovans protested on 3 May in Chișinău, demanding justice and the recovery of the stolen money.